Lately my APC Back-UPS ES 700 was crippled by the problem that seems to kill most of it’s models: after a surge event, instead of switching to battery it starts to continuously beep. For a while I could restart it several times and the problem would go away, but in the past few days nothing would make it turn on again without constant beeping.

First of all, you should eliminate that the beeping is not caused by a normal condition. Please check the user manual’s Status Indicators section for Constant tone audible indication.

If it’s not a normal condition, it’s time to take it apart.

Before disconnecting the main board, it would be a good idea to take a picture of it’s connections, as there are plenty of them:

After a quick visual inspection of the main board it was clear that no parts where blown. Next I checked on a hint from a YouTube comment, that someone was successful in fixing it by replacing some bad capacitors, but he/she didn’t go into any more detail than that.

Time to take out the ESR Meter. This will allow us to determine if a capacitor might be bad without taking it out of the circuit.

Measured all capacitors and sure enough, found 4 caps that where dead as a dodo. I’ve circled them in red in the following picture. 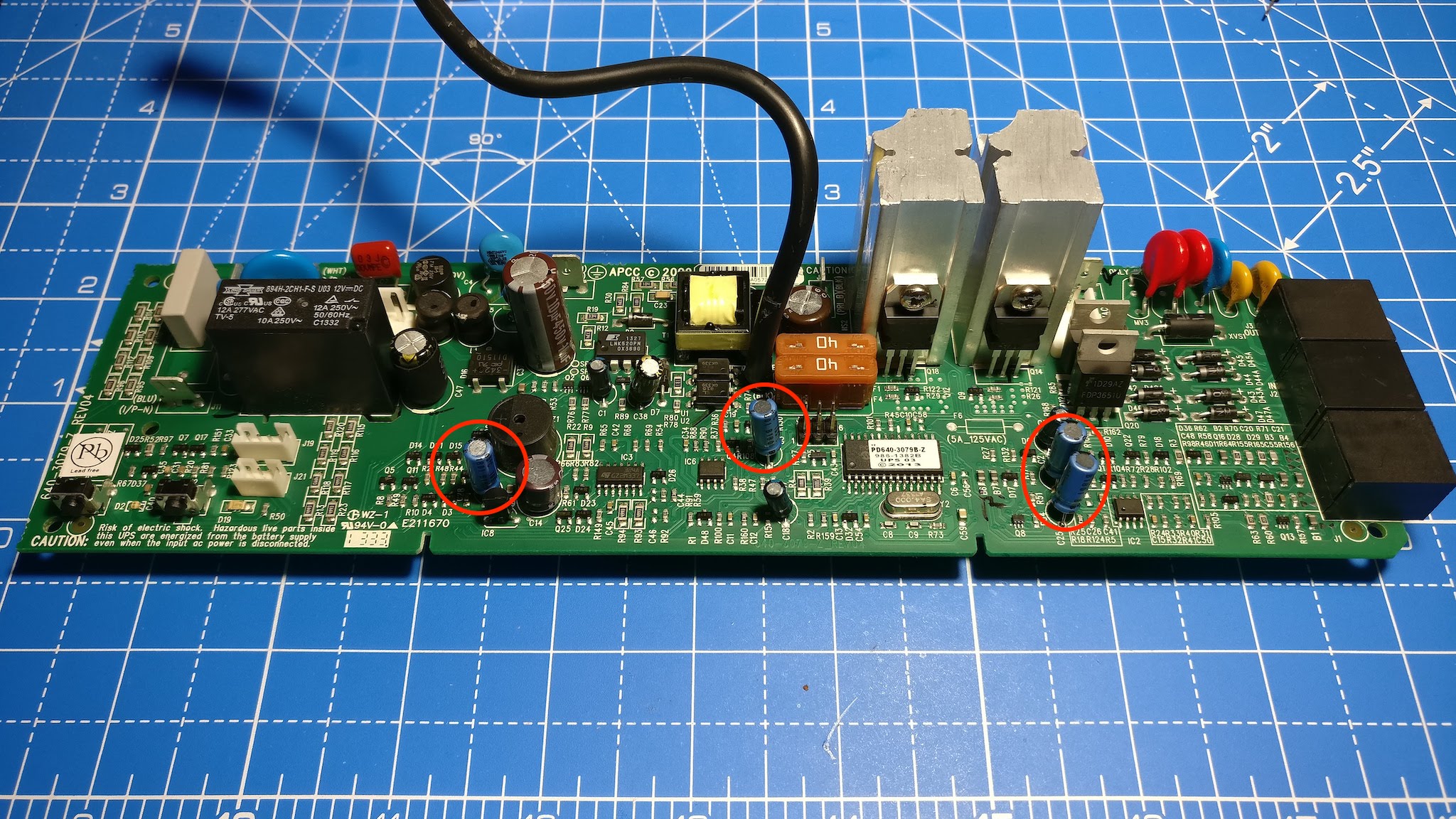 All 4 bad caps where the same: capacitance 22uF and voltage rating of 25V made by Jamicon. 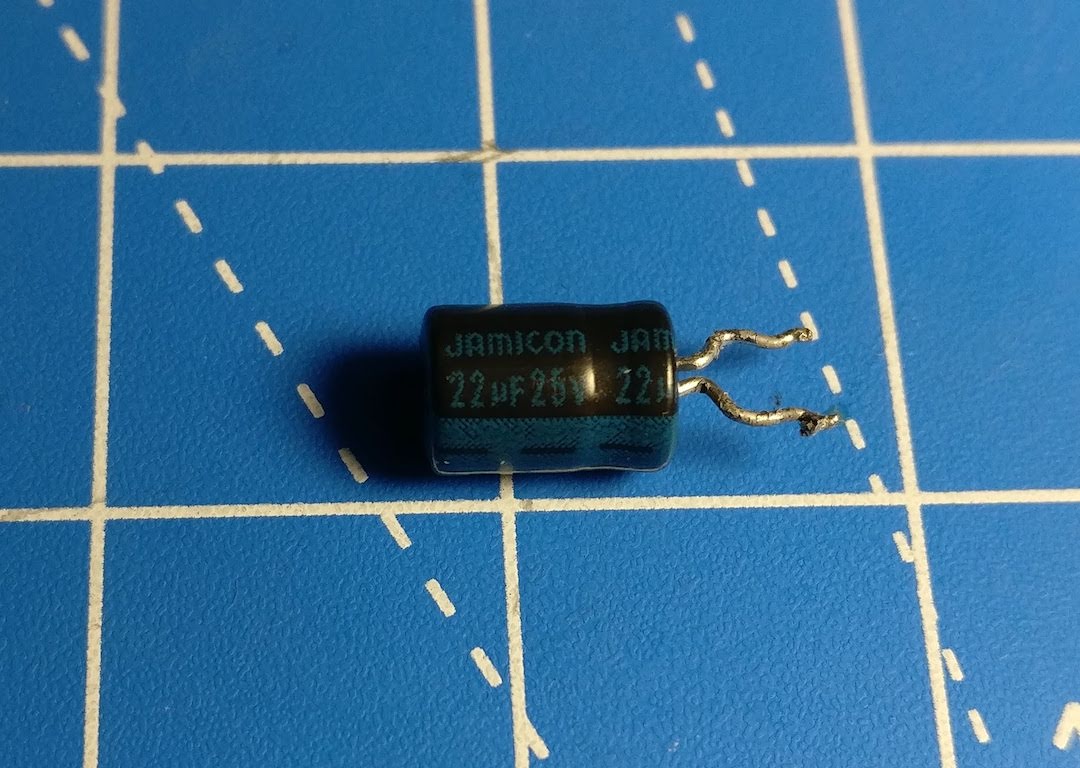 I replaced mine with better quality Nichicon capacitors as I didn’t wanted to replace them again anytime soon.

After putting it back together I realized that this also fixed another problem: for as far as I can remember, like 5 seconds after starting the UPS, it started buzzing loudly for a while. Now you can barely hear the buzzing.